I was asked to provide a workshop for a conference on March 5, and I offered to make a presentation
on what mentoring looks like in the 21st century.

I have mentored trainees, staff, and interns for over 30 years, and I think there are some dynamics in our culture today that make mentoring particularly challenging.

Before I share what I think those dynamics are, let's recall the power of mentoring:

The delicate balance of mentoring someone is not creating them in your own image, but giving them the opportunity to create themselves. (Steven Spielberg)

My job as a mentor is not to reproduce a mini-me; rather, my role to help someone discover who they are.

I won't deny that a time or three that an intern has caused me to bang my head against the wall. But more often than not, I have been changed, refreshed, challenged, or encouraged by those I have mentored.

What I've found about it is that there are some folks you can talk to until you're blue in the face --they're never going to get it and they're never going to change. But every once in a while, you'll run into someone who is eager to listen, eager to learn, and willing to try new things. Those are the people we need to reach. We have a responsibility as parents, older people, teachers, people in the neighborhood to recognize that. (Tyler Perry)

Amen to that. The biggest job I face as a mentor is connecting with someone who is teachable and hungry to learn. The rest is easy.

Those are the plusses, right? I've found that there are some consistent minuses as well: those I've mentored can tend to time-challenged, and more than a little unorganized. They can be distracted and a bit unprofessional. But I still love 'em!

In 2018, what are some of the unique things we face today?

1. "Millennials don't want to be managed, they like to be led, coached and mentored." (Farshad Asl) I find that fresh college grads are not familiar with (or interested in?) hierarchies. Their worlds have been somewhat flat organizationally. Often they've called teachers by their first names or been friends with their parents. I find they won't respect an elder automatically, that's for sure. They are looking for more of a collaboration and dialogue than pure mentoring. No Mr. Miyagi, "wax on, wax off" business for them!

2. This generation of young adults are used to having their hands held (Hello Helicopter and Snowplow Parenting), so they are often used to things being done out for them. Let's not forget, this is the generation who grew up with the Google and Wikipedia. Or Mom filling out their college apps (yes, I've seen that firsthand). So their problem-solving skills are under-developed, their attention spans are limited, and they may not have developed strong work habits.

3. The entire world revolves around us now. Think of how individualized everything is - iTunes, In n Out, Starbucks, Spotify, Chipotle, Pieology, to name a few). Couple this with #2 above, and for some  young people, their parents and schools made them the center of the universe. So no one warned them that that is not how the world works! So it's not fair to be frustrated that they are self-absorbed.

What's a mentor to do?? I will save that for another post soon! In the meantime, give me your feedback.
at March 15, 2018
Email ThisBlogThis!Share to TwitterShare to FacebookShare to Pinterest
Labels: leadership development, mentoring, millennials, training 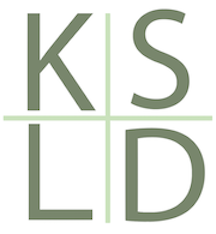 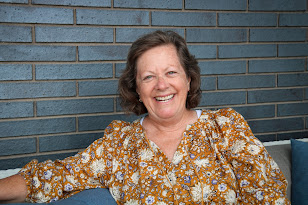